I have been fortunate to travel in Japan and have been able to do sketches while on a cruise stopping at the following ports.

Ishinomaki was once known for its Manga culture and founder and many manga figures populate the sidewalks. That changed in 2011 when the tsunami swept away thousands of its people leaving a testament to human resilience tinged with enduring sadness.

Hakodate lies on the south end of the northern island of Hokkaido. The red brick warehouses were built when the new imperial government opened up Japan to trade with the world.

Akita has the same name as the breed of dog first bred in this region. I sat outside in a Starbucks to capture this urban scene.

There is much more to Busan to sketch but a hectic shore excursion left me with time on the deck of the ship before we left the harbour.

Kagoshima lies on the southern end of the main island of Honshu. Across the harbour lies a quietly steaming volcano.
This nearly forgotten shrine laid in the sideyard of a bigger temple complex. 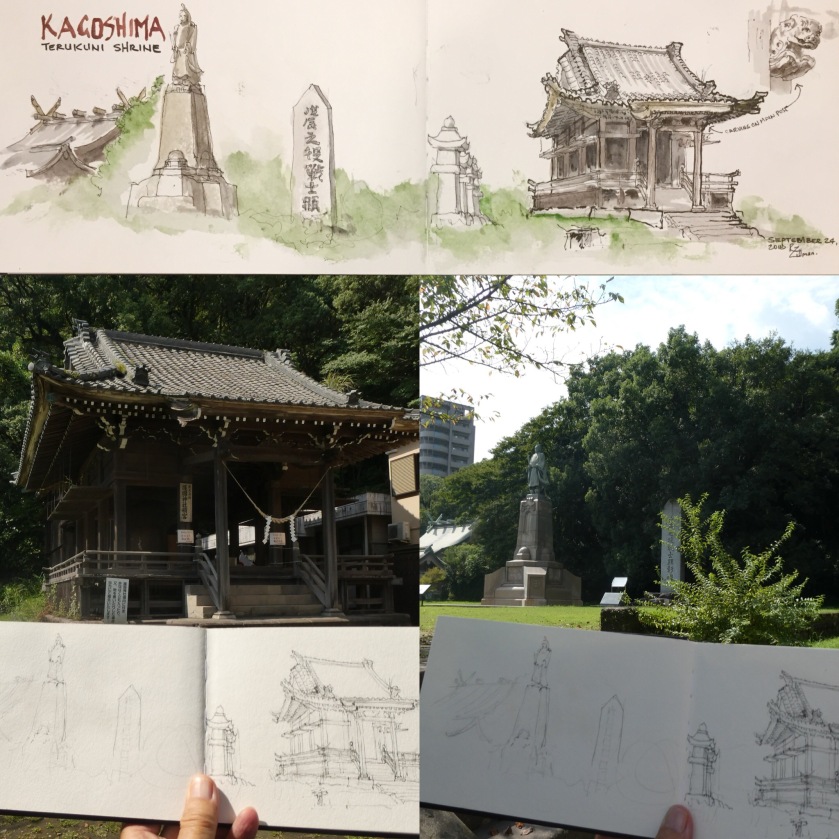 In Yokohama i found a bigger version of red brick ware houses now filled with trendy shops.
To my disappointment, they were setting up in front of me, while sketching, for a massive Oktoberfest celebration to take place after we left this beautiful city.

We are an all-volunteer nonprofit dedicated to fostering a global community of artists who practice on-location drawing.

Our mission is to raise the artistic, storytelling and educational value of on-location drawing, promoting its practice and connecting people around the world who draw on location where they live and travel.

As part of the global Urban Sketchers community, we adhere to their Manifesto: